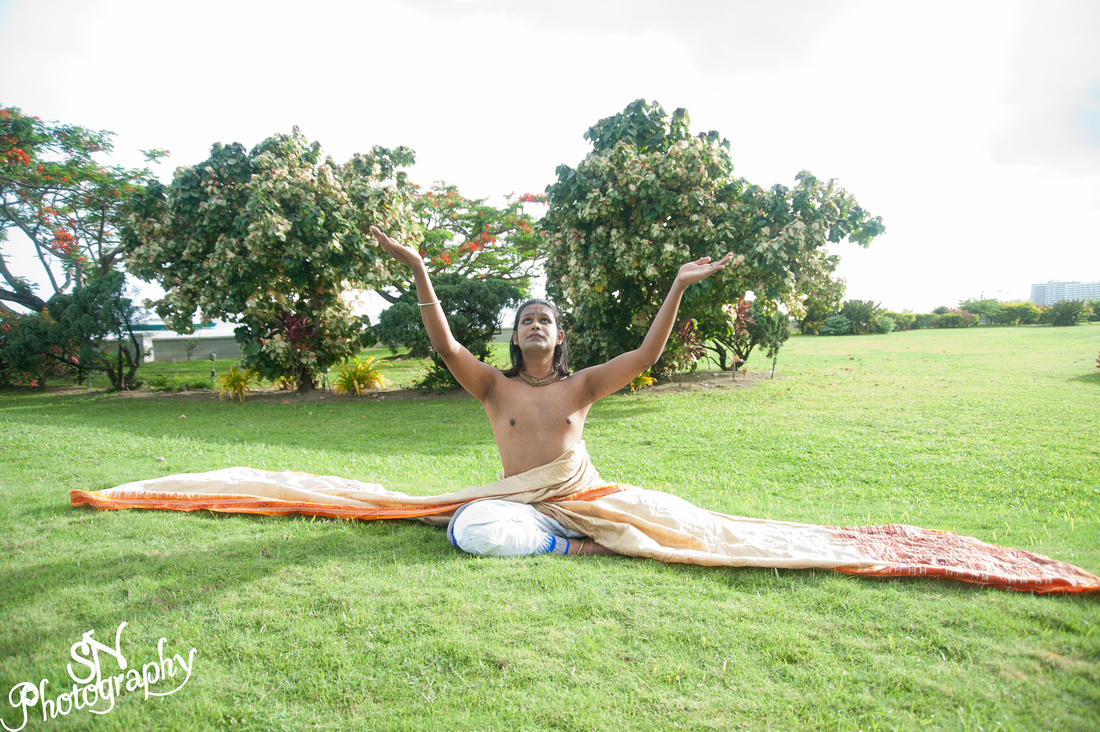 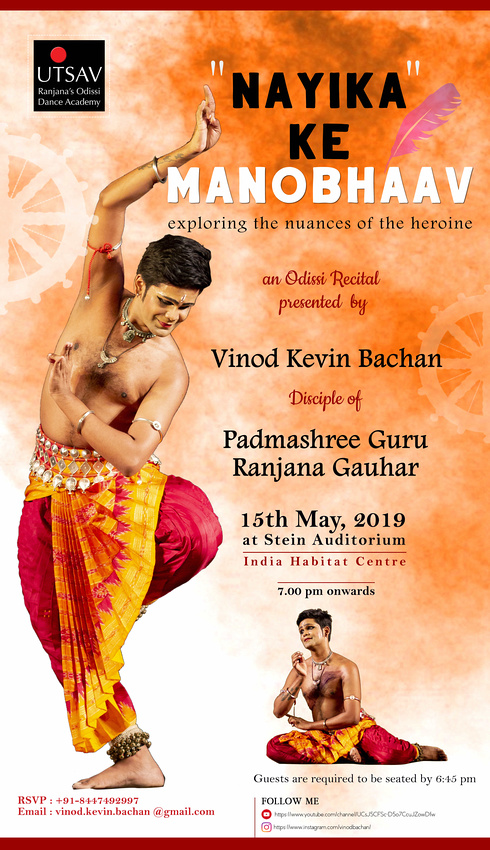 Odissi in its formative stage as part of

Jatra had the role on Nayika or heroine

performed by only men. Once the structuring

and framing of Odissi started by the Gurus

they created and performed items based on

Nyika Bedha. Today we find this aspect of

Odissi dance on a decline and there is a division

in the gender in Odissi presentations on stage.

In the present  times only female dancers are

performing Nayika based themes while the latter

shy’s away. To bridge the gap Vinod with the guidance

and under the watchful eyes of his

to explore the tradition of the dancer who is a

with the Nayika who is eternally related to her

beloved, the Lord. These compositions are set to the

tune of the literary work of Jayadev, Surdas,

the stage the different emotional states of Nayika . 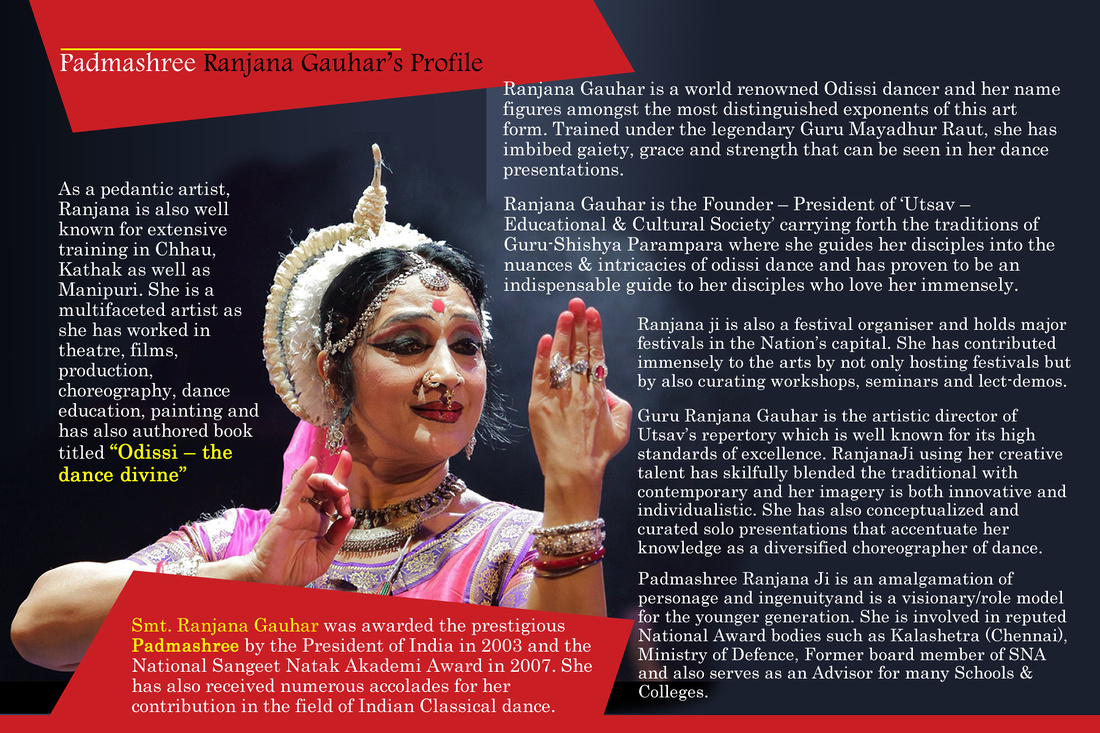 Vinod Kevin Bachan is a senior disciple of

writer and film maker and President- Founder at

had stepped into the world of Odissi under the

Kevin then made his journey to Odisha to study this

timeless art form under the Deba Prasad Das style of

Odissi in Bhubaneswar for a number of years. It was his

thirst for more that drew him to his present Guru who

has molded him and made him the dancer that he is today.

Kevin has also had extensive training in the south Indian art

form of Kuchipudi as well as various regional folk of Odisha.

As a young budding artiste, Kevin with the grace of his

in India and abroad and has received various awards and

positive critique for his performances. Kevin is presently a

scholarship holder under the Ministry of

As a student of Yogic sciences, Kevin possesses a special

creative ability to express himself through movement under his

Gurus guidance. He has learnt to harmonize body movements

to rhythm of musical accompaniment developing a special skill for

rhythm and music. Multi-skilled and able to translate those skills

into movement that expresses ideas and stories. On the whole

Kevin’s training is deep and holistic.

Under the Guru-Shishya parampara, Kevin is involved in the

special methodology for teaching Odissi dance developed by his Guru.

In his artistic journery, Kevin dreams of reaching out to the infinite sky of Odissi dance. 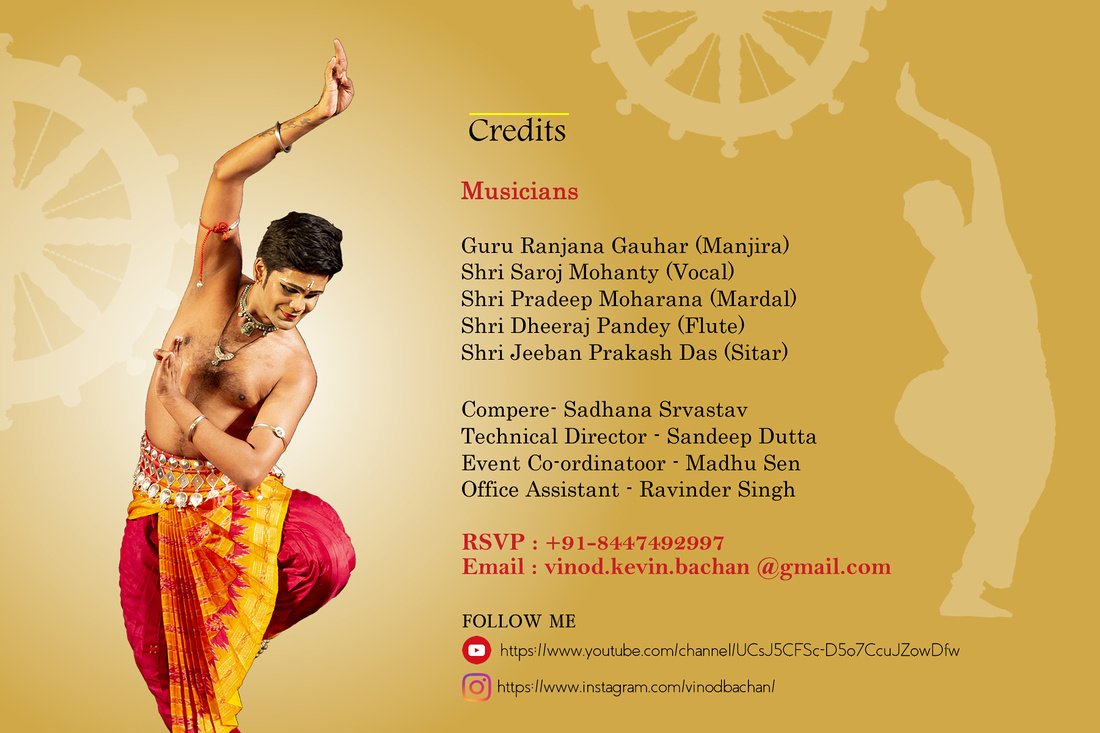 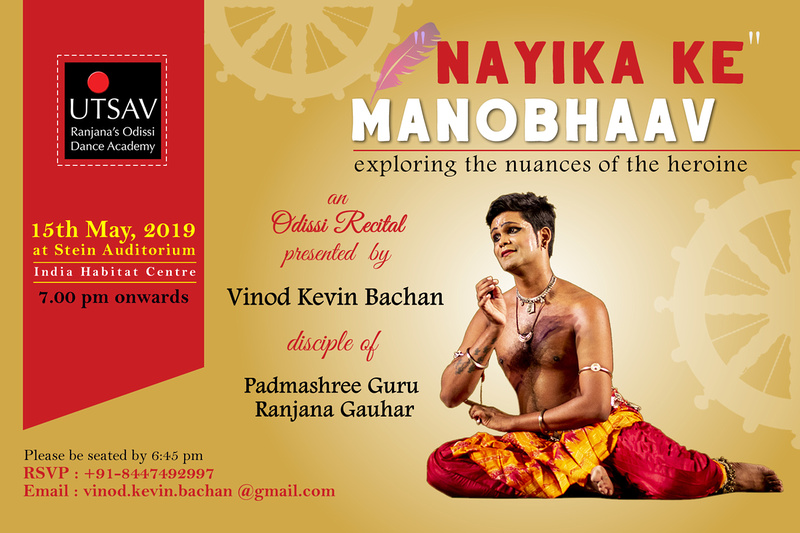 Jenny(non-registered)
He has made a lot of sacrifices to go to India and it shows in his Dance. I pray that this art form spreads across the world so we all understand how important it is for us to do what we love Divine Blessings little one
No comments posted.
Loading...
Subscribe
RSS
Recent Posts
25yr_Death_Anniversary_acknowledgment_Shalini_N MermaidExpoTT HappyBirthdaySharmila Online-Interview with SNPhoto108 SNPhoto108-Photostudio-Halloween2021 Dancers with Pets CastingCall Halloween Portraits Portrait Package Special - Independence Day All Heather Jones Designs Wedding Dresses $500TTD-Sale YardMart_March2021
Keywords
Photography trinidad and tobago Baba photos Sai Sathya the SNPhoto108
Archive
January February March April May June July August September October November December
© SNPhotography108_SNPhoto108
Powered by ZENFOLIO User Agreement
Cancel
Continue